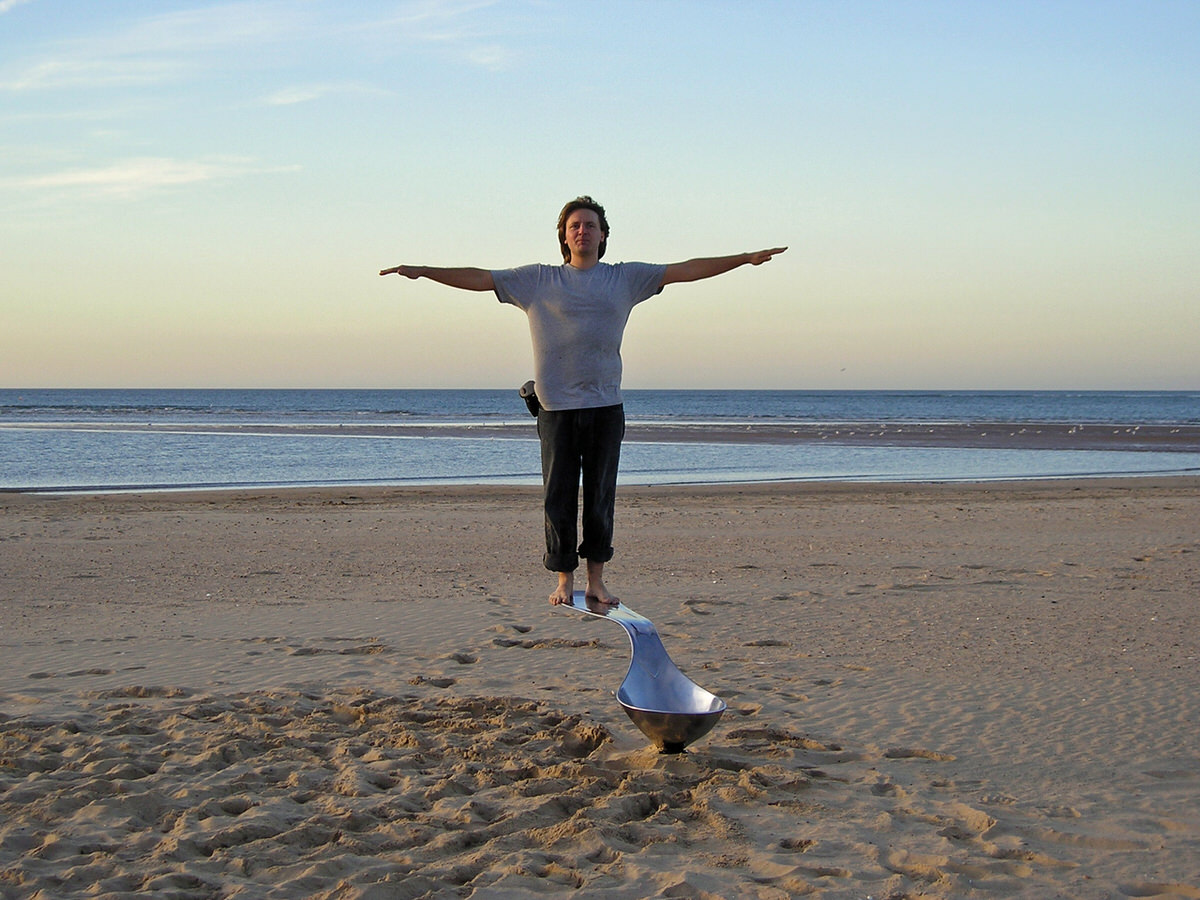 Sculpting in metal, primarily in bronze, forged steel, stainless steel, and aluminium has been a passion of Mark’s since 1995.

Mark Reed’s sculptures are deeply rooted in themes of nature and his place within it, science, family and the passage of time. He works predominantly in metal, casting the bronzes himself and physically shaping the forged steel which is transformed often from the original concept as he sculpts- a cipher for memories and emotions that are both personal and universal.

Raised on his family’s fruit farm in Norfolk, England ‘the essential arts of observation of the patterns and forms within nature are ingrained on my memory’. He concentrates on the spirit in nature, both plant and human, incorporating movement and emotion within his work.
He is inspired by the mechanics of natural forms and the way they contribute to the aesthetic appearance of a plant or animal.

Reed is fascinated by the juxtaposition of the alien and yet familiar, the alliance of science and nature, so the fractal spiral occurs in his bronze Ammonite Slice , and this mathematical form is found from the ancient fossil to the tips of the unfurling fern. Mark is intrigued by intangible configurations as well, particularly in how an entity exists as an component in a hierarchy of collectives. In his bronze Life Leaf a solitary leaf is the “life giver”, it gives energy to the entire tree, whilst being recycled into the system.

The family and his place within it is symbolic of the universal- the experiences which guide and change us in our movement throughout life. Coming to terms with the death of his baby daughter gave rise to Salvation- a fragmented teardrop representing pain but also water which gives rise to life and growth.
Other’s of Mark Reed’s sculptures have been inspired by the desire to cradle and protect his children, as his need to find shade for his newborn son inspired his Arbour Metallum tree sculpture.

Whilst Mark was feeding his baby, the unassuming spoon suddenly became massively significant, as a means of giving sustenance and independence. The same tool can be alienating as well as vital, as in an infant’s hands, an adult spoon is huge and out of place. So the stainless steel Spoon Bench was conceived, at odds with its place and size, and as if levitating.

Mark has produced many commissions and his work can be found in collections in four continents. He has exhibited extensively at Chelsea Flower Show and in sculpture parks and exhibitions throughout the UK.

This site uses cookies to improve your user experience: Find out more.